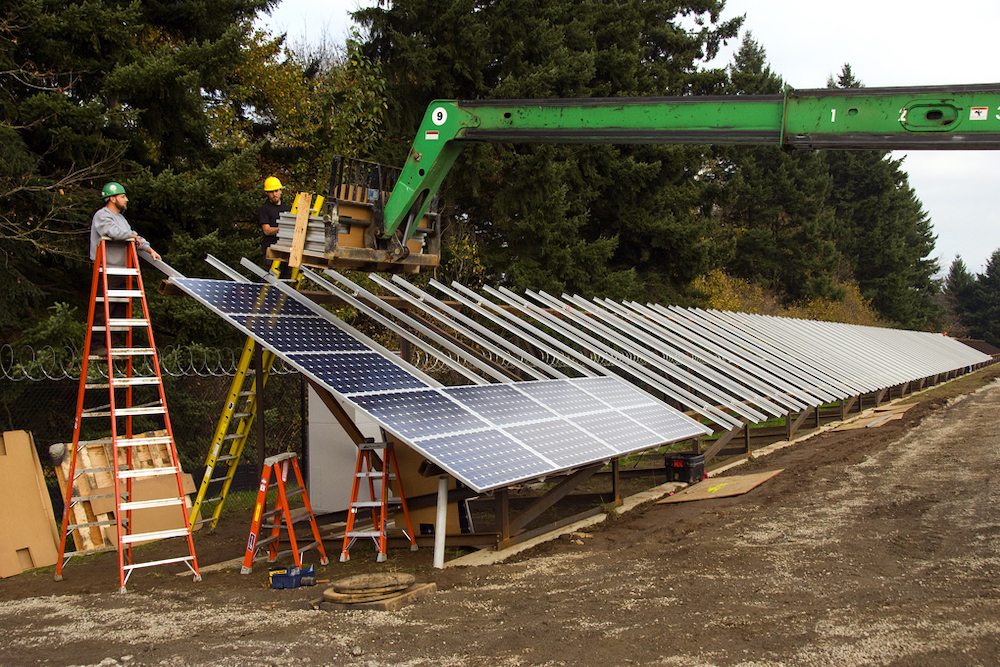 At a public hearing March 24, Iowa City council members will hear public opinion regarding thousands of solar panels that would be owned and operated by MidAmerican Energy.

The solar farm project is part of the city's climate action plan. City staff want to enter a 30-year lease agreement with MidAmerican Energy to create a solar farm in Waterworks Prairie Park on the northeast side of Iowa City.

Eighteen acres of the 200 acre Waterworks Prairie Park would house 10,000 solar panels that run north and south. Purposely designed to be visible to the public, the solar farm would be within eye shot of drivers passing by on I-80 and visible to those walking on the park's pathways.

According to KCRG News, the agreement between MidAmerican and Iowa City is currently being reviewed by members of city council.

"We're excited to partner with the city to implement our first project and really learn a lot about solar energy through this first project. The solar energy system is expected to create three megawatts of energy. Enough power for 580 average homes in Iowa," Adam Jablonski, the director for renewable energy development for MidAmerican Energy, said.

Further problems and questions for city council have been proposed by sierraclub.org including: